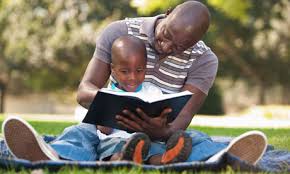 In 2012, Desmond Hatchett, a Knoxville resident, made a big impression in the news. At the time, the 33 year old man was requesting relieve from his child support payments. According to news sources, Hatchett had 30 children by 11 different women.  However, Hatchett struggled with his financial commitments with his children due to his low paying minimum wage job.  For many people across the nation, this story struck a moral cord.

With Father’s Day approaching the nation, the adequacy of fathers will eventually be dissected by media pundits and culture experts. According to the 2008 Census Report, there are over 70 million fathers in the United States.  There are 24.7 million fathers in a traditional family environment in 2014.  With the 1.9 million single fathers in the United States, 44% of men were divorced, 33% were never married, 19% were separated, and 5% were widowed. Sadly, millions of men are living way from their children with little contact, providing only child support.

However, the opposite is also true. Children can have an awful life as the consequence of the lack of a caring father.  Steve Farrar, author of Point Man, explains, “We have a crisis on our hands without precedent. I’m an optimist, but the magnitude of the catastrophe overwhelms my ability to comprehend.”

America is in trouble as it witnesses millions of fathers missing from today’s homes. Despite all of the government and social support available, today’s children still need a strong male role model in their homes. Thus, effective fathers should be celebrated as a link to a successful future for our country.  Let us pray that it’s not too late to make this determination about fathers.