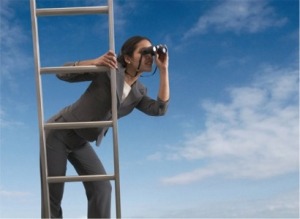 Visionary leadership is vital to organizations that wish to exist in competitive environments.  Yet, it is not enough to have only one visionary leader in an organization’s existence.  Through their visions, leaders can articulate their values and principles.

Aubrey Malphurs, author of Values-Driven Leadership, notes, “An organization’s core values signal its bottom line…every organization must have a commitment to values that matter.  The organization must passionately stand for something.”  There are numerous examples where a visionary founder departed the scene.  Consequently, the organization began to falter and in some cases fail.

For example, George Eastman founded Eastman Kodak Company in 1888, which later came to be known simply as ‘Kodak.’  Eastman was a high school dropout with an average intelligence according to academic standards of that time.  Even though he grew up and had to support his widowed mother and two sisters, Eastman had a knack for business.

At the age of 14, Eastman worked as an office boy in an insurance company and later got into other business ventures.  Eastman’s high energy, his gift for organization and management, and his entrepreneurial mind were all personality traits that helped transform his Eastman Kodak Company into an American industry leader.  When Eastman died on March 14, 1932 at the age of 77, the company lost more than just its founder.

Due to the founder’s vision, Kodak become a dominant player in photographic film.  In fact, the company controlled 89% of the photographic film market in America during 1976.  Despite past success, the company lost its way.  By the late 1990s, Kodak struggled financially due to the emergence of digital photography.  This reality was strange since Kodak invented the core technology utilized in digital cameras.  In 2012, Kodak filed for bankruptcy and sold many of its prized patents.

Many organizations have lost the sense of a dynamic leader with a compelling vision.  Visions often are denoted as powerful images in one’s mind that compels him or her to action often at a subconscious level.  To many, dreams and visions are the same thing because they often happen while someone is asleep.

Some people think about their dreams; others may talk about a particular vision.  Yet, a visionary leader can share his or her vision and compel followers to make the vision become a reality.  Visionary leadership can be defined as “the ability to create and articulate a realistic, credible, and attractive vision of the future that improves upon the present situation.”

Gregory Dess, G.T. Lumpkin, and Alan Eisner, authors of Strategic Management: Creating Competitive Advantages, explain that leaders must develop and implement their visions.  A visionary leader can do these things and more.

In a survey of executives from more than 20 different countries, 98% of these global leaders noted that a strong vision was the most critical trait of a good leader.  Additionally, those surveyed stated that the ability to formulate a strategy to implement one’s vision was the most vital knowledge skill.

Consequently, it is not enough to have a vision; a leader must have the organizational skills and communication abilities to implement a vision.  Today’s businesses need to create leadership development programs that stimulate the growth of visionary leadership from within.

Discuss your professional experience with visionary leadership in your industry.