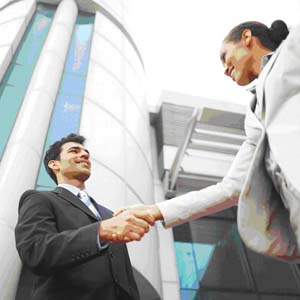 If you want to survive on the international scene, you had better develop a well connected supply chain.  Yet, businesses need to properly align with organizations that have the same ethical system and create value in the relationship.  This reality speaks to the nature of strategic alliances.

With the sudden emergence of countries like China, Brazil, and India, there is a new emerging demand from consumers across the globe.  These newer countries are strategically positioning themselves to change Western civilization and America’s Super Power status.

Antoine van Agtmael, author of The Emerging Markets Century, argues that these emerging countries are not a fad but a wave of things to come in the near future:   “Instead of being peripheral, as they have been since the first Industrial Revolution, key economies of the former Third World will soon re-emerge as the dominant economies of the future.”

In fact, he notes that these emerging countries’ economies are growing at a rate nearly twice as fast as developed countries such as the United States and its Western allies.

Gareth Jones and Jennifer George, authors of Contemporary Management, explain about the positives and negatives of entering global markets:  “As we have discussed, a more competitive global environment has proved to be both an opportunity and a threat for organizations and managers.”

Businesses must build relationships that minimize their risks in global markets.   According to some estimates, these emerging markets will be nearly twice as large as the current developed economies.  Antoine van Agtmael suggests a different business shift:  “A new breed of companies will play a critical role in producing this shift; a select number of which truly deserve to be regarded as world class.”

Strategic alliance is defined ‘as an agreement in which managers pool or share their organization’s resources and know-how with a foreign company, and how organizations share the rewards and risks of starting a new venue.’  However, these relationships must make sense over the long-term in order to sustain any meaningful value. High performing organizations cannot afford to misfire with the wrong strategic alliances.  Consequently, good organizations need to be deliberate in forging the right relationships in a global market.

Discuss the concepts of strategic alliances in a global market.