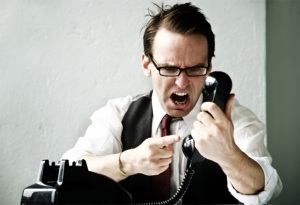 Are you worried about your children and grandchildren’s future in terms of a better life?  You should be!  Market forces will make it harder for individuals to make an honest wage.  American companies, once loyal to their employees, have abandoned the social contract with their employees.

Leaving today’s workers vulnerable to the consequences of globalization.  Thomas Friedman, author of The World is Flat, notes ‘The best companies outsource to win, not to shrink. They outsource to innovate faster and more cheaply in order to grow larger, gain market share, and hire more and different specialists—not to save money by firing more people.”

Sadly, most companies do not have this long-term perspective about globalization.  In hindsight, globalization may produce a more equitable average wage across the world, while reducing the earning power of developed countries and increasing the living wages for emerging countries.  These realities on living wages are a critical concern for most Americans.

Since the recession in 2008, U.S. businesses have posted historical profits even while unemployment has risen.  Consequently, the market place is saturated with seasoned individuals who are willing to take massive pay cuts in order to obtain a secure job.  Employers understand that it is a buyer’s market where employers can be picky. This reality has bottlenecked millions of young college grads who must fight for entry level jobs with career veterans.

According to a Manpower Group analysis, 52% of U.S. employers state they have a difficult time filing positions because of talent shortage.   Peter Cappelli, author of Why Good People Can’t Get Jobs, outlines the hypocrisy of most employers:  “With an abundance of workers to choose from, employers are demanding more of job candidates than ever before.…To get a job, you have to have that job already. It’s a Catch-22 situation for workers—and it hurting companies and the economy.”  Employers are setting unrealistic hiring expectations and offering low wages.

People, from every country, seek to earn a living to sustain themselves, by taking care of their basic needs.  According to the United Nations’ Millennium Development Report, more than1 billion people on the globe live on less than $1 a day.

Ironically, as most Americans have watched their wages decrease, most other workers across the globe sees a significant increase.  The world’s middle income class earns between $700 to $7,500 per family member. Consequently, individuals making more than $7,500 are considered part of the global affluent class.

Some experts argue that globalization has eroded America’s standard of living, especially during the resurgence of manufacturing.  Economist Gordon Hanson notes, “The U.S. has held manufacturing wages in check while there has been strong wage growth in China and moderate wage growth in Mexico.

With high unemployment and fierce global competition, manufacturing companies has used this fact to their advantage.  This reality has forced two-tier contracts with unions to pay new hires less than existing workers and reduce new hires’ benefits.  In 2010 and 2011, new hires (manufacturing of durable goods) who had three years or more of experience, were paid an average of .3% less than workers in 2007 and 2008.

Today’s American workers are finding it difficult to make ends meet. According to the Pew Charity study, economic mobility will be more difficult for individuals, especially depending on where they live.  Economic mobility relates to the ability of a person to move up or down the economy ladder.

The Pew study concluded that people living in Louisiana, Oklahoma, South Carolina, Alabama, Florida, Mississippi, North Carolina, and Texas would be less likely to improve their economic standing.  However, states such as Maryland, New York, and Pennsylvania would have a better chance of economic mobility due to higher wages in manufacturing and public jobs.

While the poorest American class wouldn’t consider itself part of an affluent class, this relative inequality of incomes is a bitter pill from citizens of poorer countries.  According to an UN study, the poorest countries across the globe consume 14% of the planet’s resources while 20% of the richest countries with the industrialized nations (including the United States) consume 86% of resources.

Due to globalization, economic mobility will produce a variety of winners and losers.  Consequently, social mobility becomes more difficult as Americans are forced into a caste system of unemployed or underemployed workers.

What will happen to economic mobility in America? Will the inequality of wages for global workers create new problems for businesses and society at large?