Last week, I sat down and watched one of my all time classic flicks, Signs.  This 2002 sci-fi thriller revolved around aliens invading Earth. Producer Frank Marshall explained, “It’s really about human emotions set in motion by a supernatural event.” For me, it was the perfect symbol of how people deal with unexpected change.

In Bucks County, Pennsylvania, the plot begins. Local priest Reverend Graham Hess (Mel Gibson) grieves over the horrific death of his wife. After the death, Hess denounces his faith and vocation. He lives with his two children and his brother Merrill, a former minor league baseball player.  Hess finds a crop circle in his corn fields.

In fact, the crop circles appear all over the world. As the story progresses, the family realizes the crop circles are part of other signs that extraterrestrials are here on Earth.  The plot continues to introduce change at a rapid and unpredictable pace. As you would expect, Hess and his family are overwhelmed with so many changes. Today, organizations are no less perplexed by today’s changes in the market. Change is imminent but how we deal with the shift is an uncertainty. Renowned management guru Dr. Tom Peters argues, “Nothing is predictable…The fact is that no firm can take anything in its market for granted.”  All the money in the world cannot stop the forces of change.

Oil giant BP attempts to correct a major accident that government officials are calling the largest oil spill in history involving over 19,000 barrels of crude oil. The political ramifications are large as President Obama tries not to let this incident become his Katrina. Yet, rapid change can make even Superpowers look foolish. Corporations are no exception. BP executives are probably worried about their reputation (which is really about the $$$$$). Will the company become another Exxon?

Furthermore, change exists in a fluid state from easy to impossible to solve for managers. It happens in a series of irregular waves. In fact, change is a wild variable that can totally disrupt the order of things in organizations. There are two major types of change for our discussion, incremental and discontinuous. Incremental change occurs in small increments over time where organizations can prepare for it. You can forecast the future with some confidence. 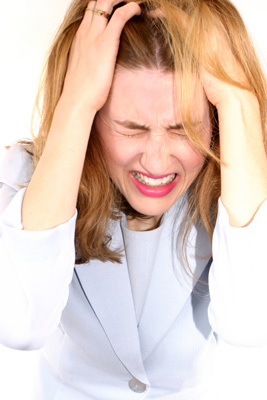 Discontinuous change is unpredictable and sudden. It threatens traditional power structure because it drastically alters the way things are currently done or have been done for years. This discontinuous change can be described as turbulence like on an ocean. It becomes unsettling. Donald Sull, author of The Upside of Turbulence, notes “Turbulence, for many, equals risk, and risk equals bad news.” Joan Liebler and Charles McConnell, authors of Management Principles for Health Professionals, further warned about the issues of change: “Change is inevitable, but change can also be chaotic and painful.”

When markets shift take place, many managers rely on their corporate experience to navigate the uncertainty.  Yet, their vast knowledge becomes a liability during discontinuous change due to the lack of any clear patterns in the market. Therefore, disruptive change interferes with conventional thinking of organizations?

How can contemporary organizations deal with disruptive change in ways that they can seize opportunities and stay ahead of their competitors?

28 thoughts on “Change Disrupts Us”