In the movie Slumdog Millionaire, the life of 18-year old Jamal Malik is revealed. He is an orphan from the slums of Mumbia. Jamal has the opportunity to play India’s version of ‘Who Wants to Be a Millionaire’; he stands one question away from winning 20 million rupees.

The movie was dramatic and powerful. It demonstrated the impacts of globalization on diverse cultures in the world.  Although Slumdog Millionaire won eight Academy Awards in 2009, it was a movie mostly invisible to the average American citizen.

Strategic foresight provides a lens for understanding how to dissect this diverse future. Strategic foresight allows an organization to analyze what has happened or may happen in the environment. Nick Marsh, Mike Mcallum, and Dominique Purcell, authors of Strategic Leadership: The Power of Standing in the Future, explain that the strategic process used in the past is not adequate for today’s disruptive change. They argue that the traditional strategy was designed for the 20th Century Industrial Age.

However, the Knowledge Age requires a flexible and dynamic strategy. Today, organizations are not confined to fixed boundaries or sectors. They have unlimited resources due to the fact that the key resource is not tangible but intangibles (ideas, knowledge, etc.).  In fact, futurist Richard Thieme maintains that the future is being constrained by technologies. In this New World Order, all organizations like all organisms can be defined as structures of information and energy. 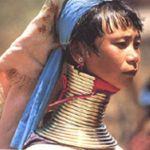 A diversity strategy isn’t easy to master. Historically, diversity has been mandated though federal laws via equal employment opportunity and affirmative action. It was a forced change that resulted in negative resistance by both managers and employees. In spite of the government’s many operational flaws, it has attempted to broaden the makeup of workforce for several years.

Clearly, this is a shortsighted approach to organizational strategy when dealing with a multi-cultural marketplace. As recent studies demonstrate, employees want a more meaningful workplace. Diversity is only adding fuel to a fire that is already smoking. Today’s employees don’t want to be a component in a big machine. Employees want to be valued.

In some cases, technology may impede an objective perspective of different cultures. For example, social media is an increasing communication medium where individuals connect with each other. However, many times individuals’ personal social networks are not diverse along ethnic, gender, racial, or religious lines. Anne Tsui, and Barbara Gutek, demographic gurus, argue individuals within a social group may have a different experience than others from the majority culture in a similar experience.

Disruptive change can have a profound impact on society. For example, the Industrial Age marked the rise of factories, the increase of urban life, and the growth of unskilled labor for industrial work. Between 1840 and 1920, there was a massive influx of immigrants seeking work. This reality transformed American society. That is why organizations need to understand strategic foresight.

In 1987, the Hudson Institute published Workforce 2000, which outlined the impending demographic changes for the American workforce. A recent Department of Labor report, Futurework: Trends and Challenges for the Work in the 21st Century, outlined the following future trends:

In summary, demographic changes will reshape the future of organizational culture. The old paradigm of “just fit in or get out” will soon become archaic. Let’s hope that America can adequately prepare for these shifts before it is too late.

Using a strategic foresight perspective for analyzing the year 2050, what may the future hold for American institutions?  What will be the impacts on major sectors such as business, government, education, and other prominent organizations?  What will globalization mean in the future?

32 thoughts on “The Future of Diverse Organizations in America”