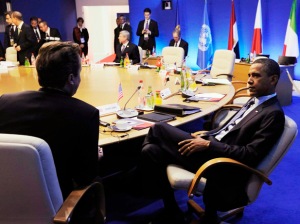 Last week, I received news that I was going global.  It was exciting news. Aren’t we interconnected anyway?  My primary publisher, Createspace, announced that my books would now be available directly through Amazon’s European websites, including Amazon.co.uk, Amazon.de, Amazon.fr, Amazon.es, and Amazon.it.

As the world’s largest online retailer, Amazon.com is the parent company of Createspace Publisher.  Globalization has connected our lives together.  If organizations are going to be successful in the future, they need to be strategic. Finding talent and solutions will be vital, regardless of the continent.

Globalization prevents us from hiding out in our countries. With the issues of austerity in Europe and threats in Iran, organizations are struggling to stay ahead of all the significant changes.  Global turbulence continues to haunt financial institutions.

Most economic experts believe that Europe is in recession. According to Britain’s Office for National Statistics, the first quarter of this year Britain’s economy shrank .2%, after having contracted .3% in the fourth quarter of 2011. Europe struggles to maintain financial stability while country after country falters.  Greece, Spain, Portugal, and Italy lead the list of financially crippled countries in Europe.

Around the world, countries continue to suffer from unprecedented changes. The year 2011 was a vintage time for massive protests, from the awakening of the Arab world to the defeat of evil tyrants. Japan suffered its biggest nuclear catastrophe.

Egypt is now crippled by economic turmoil, inadequate health care, and continued unrest in the country.  In fact, the country is headed toward another milestone as Egyptians decide who will be their president and architect for leading them into the future.

Voters may elect to move toward an established Islamic nation; this fact is driven by religious clerics and other influential parties who desire a more religious country.

Shady Ghoneim, an Egyptian importer, worries about the country’s political fate internationally: “Foreign investors won’t come back unless they can trust a moderate president.”  Troubles in one country can have a negative impact to other nations due to these financial linkages.

President Barack Obama discussed the ramification during an upcoming meeting: “All of us are absolutely committed to making sure that the growth and stability and fiscal consolidation are part of the overall package.” However, many citizens from these European countries resist any financial solutions (i.e. austerity measures) that will take away their quality of life.

At the same time of dealing with the global financial crisis, each country seeks to increase exports of goods and spearheading job creation in their own countries. Therefore, foreign government officials are in a risky situation by supporting any international agreed solutions which are very unpopular with their own citizens.

Since globalization has linked each country economically, Americans cannot escape either.  Regardless of the continent, people are looking for answers. Thus, countries must promote mutual financial interest internationally while keeping a pulse of their own self interest.   Therefore, countries with an isolationistic mindset will have a difficult time navigating in the future.